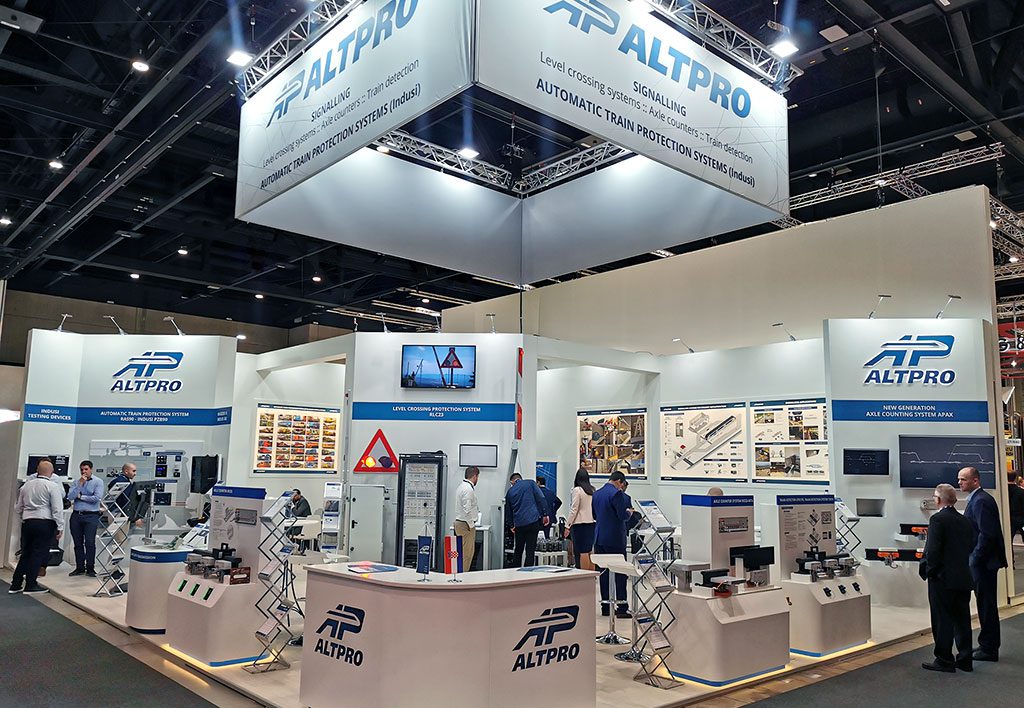 ALTPRO participated for the ninth time at Innotrans, the largest fair in the railway industry, in Berlin from September 20 to 23, 2022. In the newly built and certainly the most visited hall Hub 27, ALTPRO successfully presented its systems and the latest innovative products in both production segments – infrastructure and vehicles.

A lot of attention was attracted by the latest innovation in the infrastructure segment – a completely new, modern APAX axle counter that sets new standards on the world stage of axle counter technology. In the vehicle segment, the most notable was the new version of the INDUSI PZB90 system under the name RAS90, which was made possible by the long-term development and production of the RAS8385 (i60) system.

Behind ALTPRO is the most successful Innotrans so far in terms of the number of contacts and meetings with companies from India, China, France, Switzerland, Great Britain and numerous other markets. Although the company exhibited in an ever larger number and at an even larger booth this year, they are announcing an even larger organization and other novelties for 2024.