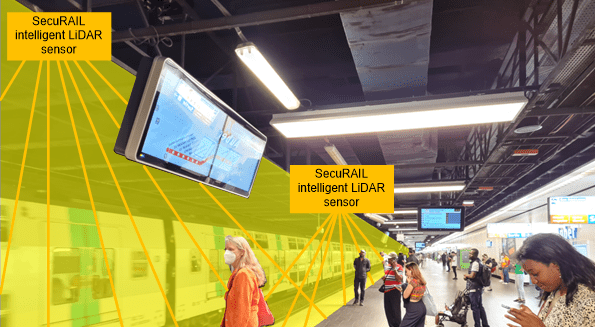 In the SecuRAIL project which is a part of SecurIT (https://securit-project.eu), an intelligent LiDAR sensor will be developed. This sensor will autonomously detect passengers and objects that fall from railway platforms or are deliberately pushed onto railway tracks. In case of such a dangerous incident, an alarm will be immediately sent from the sensor to stop the train and alert the security staff.

After the completion of the SecuRAIL project, the open platform of the developed LiDAR sensor will allow the addition of further safety applications. An example of such an application is “trap and drag” accident detection, which prevents a train from dragging behind a passenger or other object grabbed by a train door. 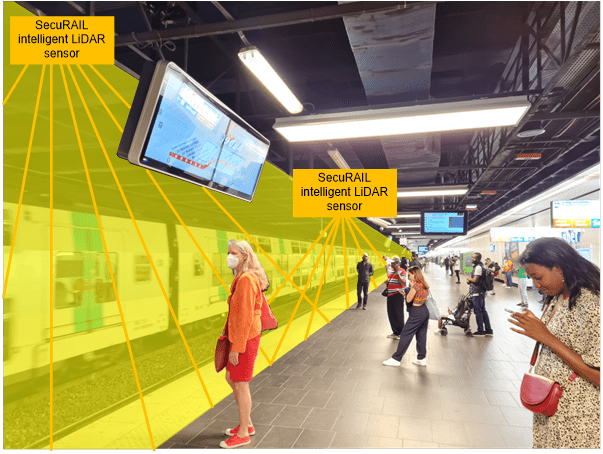