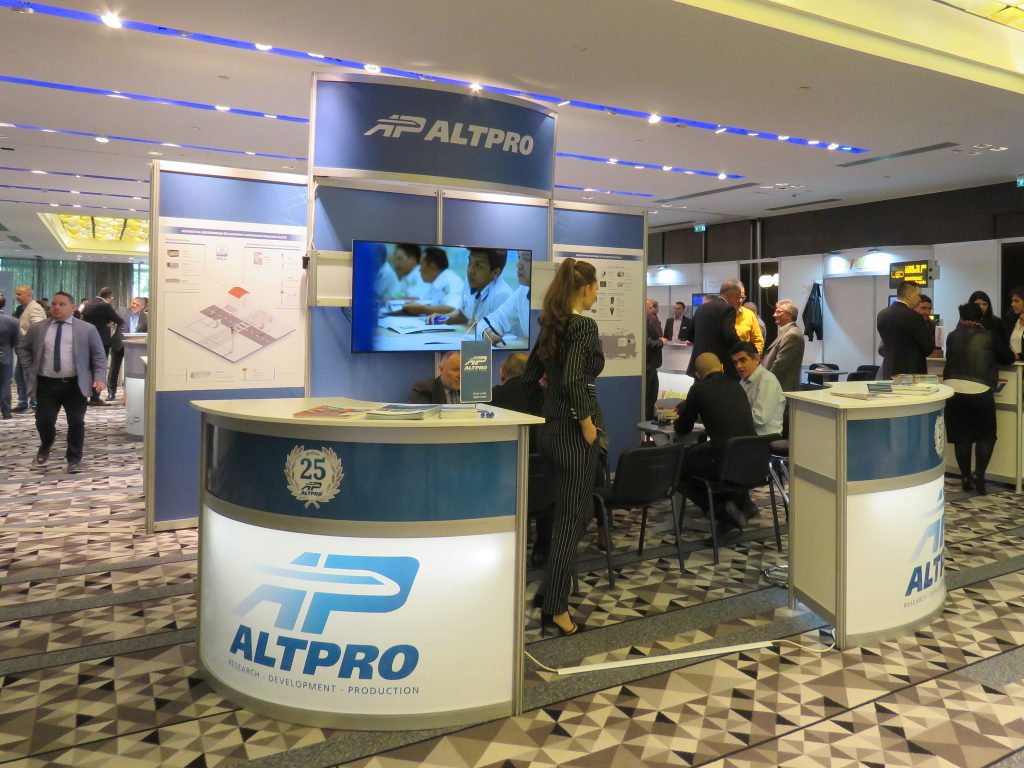 ALTPRO exhibited its products for the second time on the biggest regional fair of railway technology – SEE Mobility 2019. The second edition of this ever bigger regional railway fair showed that SE Europe is very active regarding the railway projects and that it has a lot of companies aiming for the said projects.

ALTPRO as a general sponsor of the fair has once more proved its strong regional presence and demonstrated its seriousness as a competitor for the said projects. The fair encouraged a lot of new contacts and networking which resulted in new perspectives and important connections for the Company.