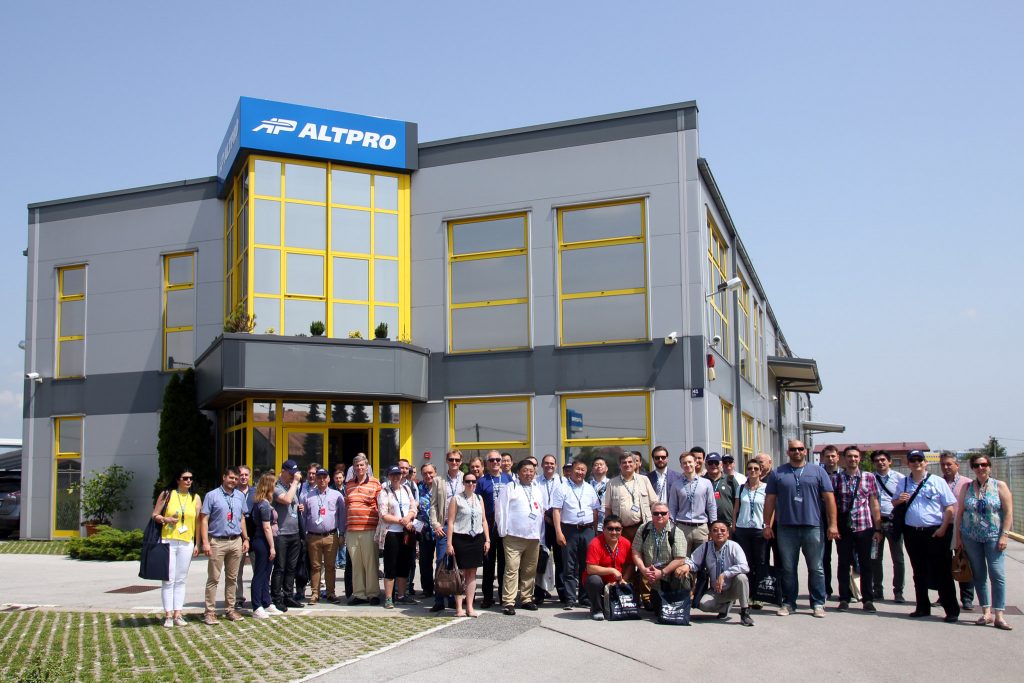 On the occasion of the 10th International Level Crossing Awareness Day (ILCAD), in Zagreb was held a conference on June 7th and 8th, 2018, which was attended by 160 participants from 29 countries from Japan, USA, Mongolia, Russia, India to countries from Africa and Europe.

The conference was organized by the International Railroad Union (UIC), with the co-organization of HŽ Infrastruktura and the Faculty of Transport and Traffic Sciences. The conference was supported by a number of sponsors, and ALTPRO was honored to be a general sponsor. UIC – The International Railroad Union has its headquarters in Paris and is a lobbying organization which represents the interests of 200 members, including national railway companies from Croatia.

UIC first started its “International Level Crossing Awareness Day” campaign (ILCAD) in 2009. At first they were organized only at the European level, but during the next few years the world railways have also joined the ILCAD, so in recent years ILCAD has been held in over 40 countries around the world. Namely, it was concluded that, in addition to technical solutions to the safety of level crossings, the crucial role of reducing accidents at level crossings has the education and promotion because in 95% of the cases the driver of a road vehicle, a bicyclist or a pedestrian is guilty of an accident. Therefore, in most countries, various danger awareness campaigns are held to reduce the number of accidents and preserve human lives.

At the conference, ALTPRO had an impressive technical presentation where they presented their new technical solutions for level crossings, as well as a stand with real-time display of devices and a video presentation of installations around the world.

On the second day of the ILCAD, ALTPRO organized a technical visit to their production facilities in Buzin and to the built-in device at level crossing Poznanovec, which caused great interest of the participants.