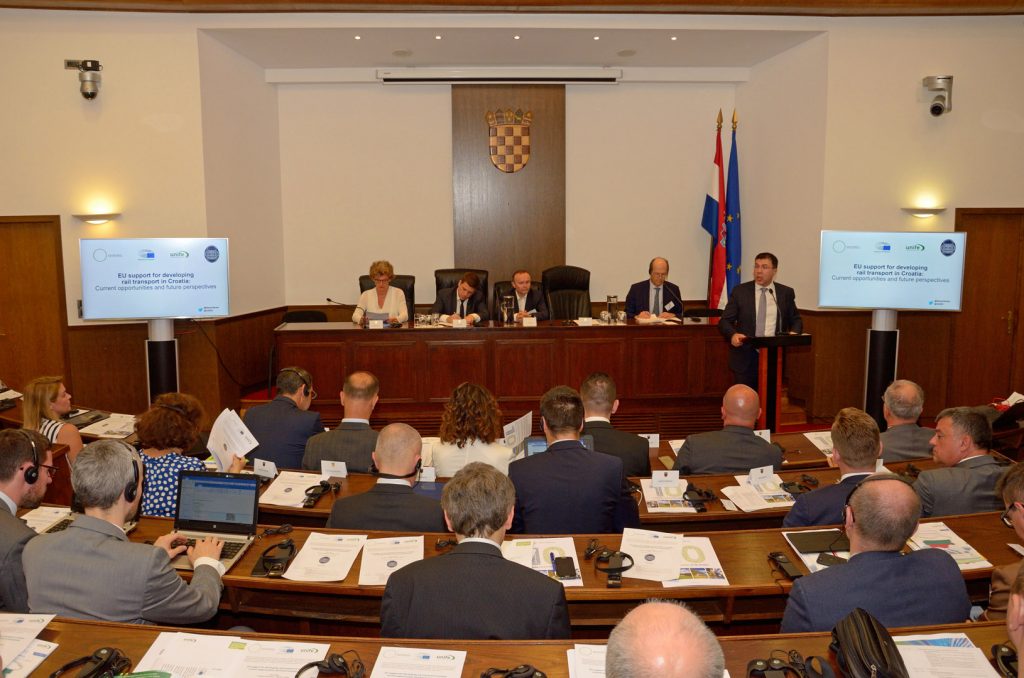 UNIFE (Union of European Railway Industries), along with ALTPRO and the Pro Rail Alliance, and in cooperation with the Croatian Parliament and the European Parlament Representative Davor Škrlec, has organized a conference ‘EU support for developing rail transport in Croatia: current opportunities and future perspectives’, which was held in Zagreb, on June 5th, 2018. The remarkable significance of the conference has been underlined by the fact that it is a turning point for the Croatian railways and the accompanying domestic industry.

Among others estimated guests, the speakers at the conference were Oleg Butković, Minister of the Sea, Transport and Infrastructure, Domagoj Ivan Milošević, President of the Parliamentary Committee for European Affairs, Pero Čosić, President of the Parliamentary Committee on Maritime Affairs, Transport and Infrastructure and Philippe Citroën, Director-General of UNIFE. It is high time that, after many years of neglect of the development and modernization of the railway system in Croatia, a positive direction is set, and all the participants of the conference agreed that this should be one of the main strategic directions of the state.A notable contribution to the conference was given by Mislav Kraljević, ALTPRO’s Business Strategy Director with his presentation on ‘Innovation – Altpro’s key business success‘.