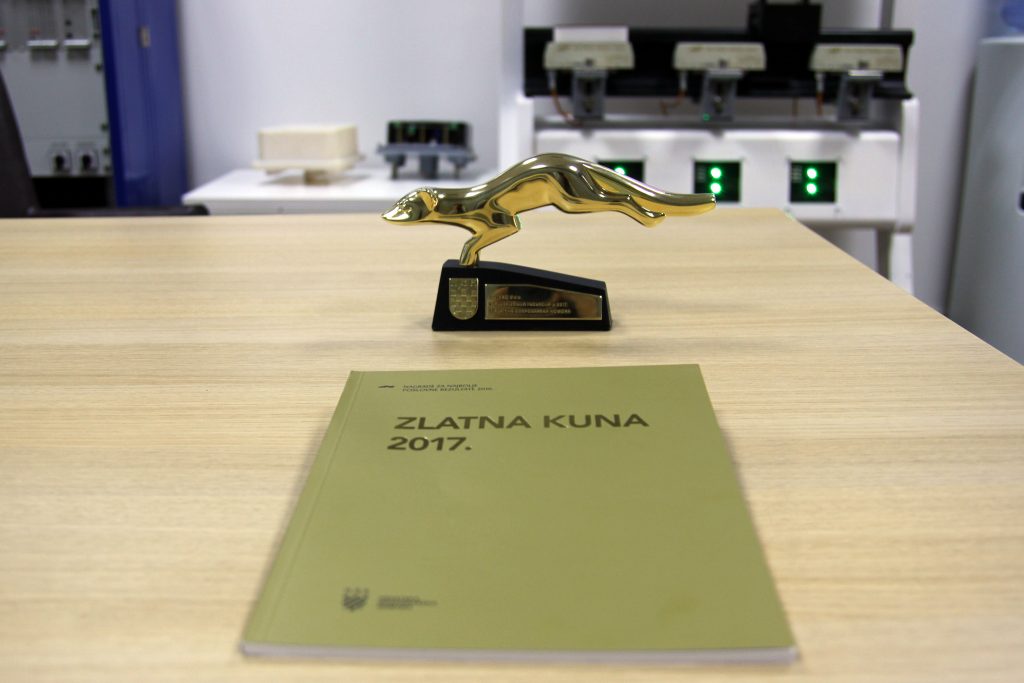 Once again ALTPRO’s long-term investment in the development of new and innovative safety systems for the railway has been recognized. HGK (Croatian Chamber of Economy) awarded the company ALTPRO Zlatna kuna for the most innovative enterprise in Croatia as well as for placement of those innovative products on the global market.

The ceremony was held on the 13/11/2017 at the National University Library in Zagreb, organized by the HGK. The ceremony was held under the patronage of the President of the Republic of Croatia, Ms. Kolinda Grabar Kitarović and Prime Minister Mr. Andrej Plenković. Many ministers and representatives of the most successful Croatian companies have also attended the ceremony. By awarding the Zlatna kuna award, HGK has been promoting the best Croatian companies for many years, and the award ceremony is considered to be the most important economic recognition of the Republic of Croatia.

ALTPRO won the Zlatna kuna award for the fifth time.

You can read more in the following media reports: